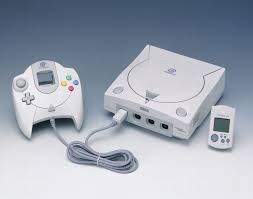 Well this is interesting. According to some rumblings that began the past few days, Sega may be working on a new version of it’s classic Dreamcast console. Now details are sparse at the moment however there does seem to be some truth to the rumors. According to this article there is a dedicated team at Sega that has begun working on a prototype of the Dreamcast 2. Interestingly, it says that it is going to be a gaming console/pc hybrid along the likes of the Steam box. Below is the current concept of what the Dreamcast 2 would look like if completed.

Unfortunately, although I am sure that there will be those who would love to bring back those old Dreamcast games on a new console, the Dreamcast 2 isn’t real. This is actually a fan campaign that is hoping to raise funds and awareness in order to convince Sega to take another crack at the console market. They even have a name for their proposed system, the Ringedge Zero. Although it sounds interesting in theory, it is highly doubtful that Sega would take another foray into the console market, after being burned previously. Not only that but Nintendo, Playstation, and Microsoft pretty much have a deathgrip on the console market these days. Still, it was a fun what-if for the end of the day.

Would you be interested in Sega bringing back the Dreamcast? Let me know in the comments section!

My dude is always on patrol #blueheeler
Wild Sunday at our house #wildthingszoofari #bestbirthdayever
Forgot to post these pics from Jordan and Emily’s wedding weekend. Had a great time with the fam. I need to see my cousins more often.
The leg continues! We just started on the otter and it has already completely blown past my expectations. @tracylambright is absolutely killing it with this design. #tattoo #otter #houstontattoos
Hale of wedding. Thanks Mark and Nicole, Cincinnati treated us right. Here’s to all of the new and old friends who rolled with us all weekend.
The only coworker I need. And the only one who can name every dinosaur model on my desk.