SPOILER ALERT: If you have not watched/finished either the Seven Deadly Sins Manga or Anime and don’t want to have anything spoiled, don’t read further, instead go watch Seven Deadly Sins and come back and read later! You will thank me.

So the Seven Deadly Sins anime popped up on Netflix a couple months ago and Amy could not get enough. She binged the whole show when she was out of town and tried to get me to do the same. Unfortunately I was trying to make my way through Dark Souls 2 at the time in order to prepare for the release of Dark Souls 3, and although I had it in the background my attention was too divided for me to truly pay attention and so I stopped watching a few episodes in. It’s not that I thought it was a bad show, I was just too involved in my game to genuinely to enjoy anything else that was going on in the room at the time. That all changed this weekend when she asked me to give it another shot without dividing my attention and holy shit, I was blown away. The animation, the personalities, the engaging world, and the moving story had me just as engrossed in the show as she was back when she started watching it. Fast forward 2 days and 24 episodes and I am already dying waiting for the new season. Sure, I can’t wait to find out what happens with Meliodas, Ban, Diane and the others, but even more than that I can’t wait to get more of the Great Leftovers Knight Hawk.

He may not look like much, but that chubby pink pig was by far the most charming and engaging character in the whole show, at least in my opinion. This came as a shocker to Amy, because she knows how much I typically LOATHE characters with crazy high pitched voices who serve to only try to add a little cuteness to a scene without actually bringing anything meaningful to the story. This is something of a trope in most modern animes and video games, especially if they are created in Japan. Sometimes they are put with a character in order to give them advice or point them in the right direction throughout their journey, but more often than not they just serve to provide some misguided sort of comedic relief. I know that some people get a kick out of these characters, and I am totally cool with it. To each their own, but as far as I am concerned those characters can seriously ruin my experience.

So that was my mindset when I first saw hawk waddle onto the screen and start talking with the mickey mouse voice and short little legs. “Here we go,” I thought “I hope you die soon.” It was all there. Innocent personality? Check. Silly body-type? Check. No practical skills? Check (I was dead wrong on this one by the way). I was ready to turn it off then and there. Thankfully (because Amy wouldn’t allow me to stop) I kept watching. Soon enough though, I started to realize there was more to Hawk than meets the eye. I found myself laughing at Hawk’s quirky mannerisms. I found myself enjoying the fact that all of the other characters seem to look up to the quirky little pig. Even Ban the roguish I-show-respect-to-no-one guy seemed to look up to him. I was laughing at Hawk’s antics and genuinely enjoying every time I saw him come on screen. I started chanting “piggy-trot piggy-trot piggy-trot” every time he was sprinting on screen. All of this was pretty much flying under the radar with me not really noticing I was joining the Hawk fanclub until the climax episode. You know the one I’m talking about. 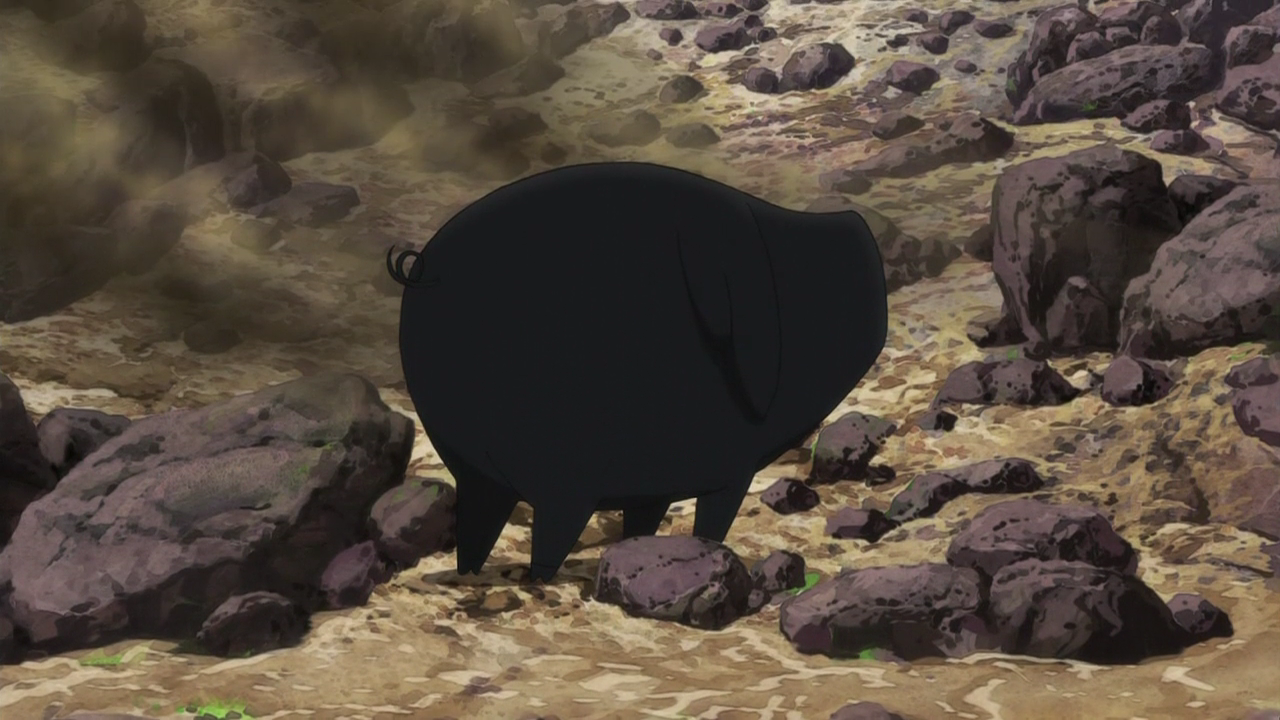 Hawk, the friendly talking pig, he loyal companion, the Knight of Scraps Disposal bravely sacrifices himself in order to save Elizabeth from insta-death. It was fucking glorious, and it completely crushed me. I looked at Amy and demanded she tell me if Hawk is going to come back to life in the last episode or not. She looked at me and just said “I mean, Hawk is definitely dead” and watched as I fumed over how bullshit it was that every other major character can somehow revive and heal themselves seemingly at whim and the BEST out of all of them is now a black corpse sitting on the battlefield. That is when I realized I had officially crossed over. You might as well give me the t-shirt, because I was now a Hawk fanboy. I was shocked. I was concerned. I was mildly amused. I guess this is how it happens. I stormed out of the room and said that if they had killed off Hawk it wasn’t even worth finishing the series. I almost immediately turned around and sat back down, saying “well I mean there is no way this show would kill off it’s best character, like they have to know what a terrible decision to it would be to Gurren Lagann this shit right now.” Luckily my perserverence was rewarded as at the end of the show, little mini-Hawk popped up and stated that it had no idea how it was still alive but it was and it was happy about it. Damn skippy Hawk. You ferry people around on your back, you stopped Ban from being a complete doucheface at the most inopportune moment, you are willing to piggy-kick enemies hundreds of times more powerful than you, you protect the ladies modesty, you sacrifice yourself for your friends, and dammit you are just awesome. So here’s to you Sir Hawk! Looking forward to seeing how many butts you save in Season 2! 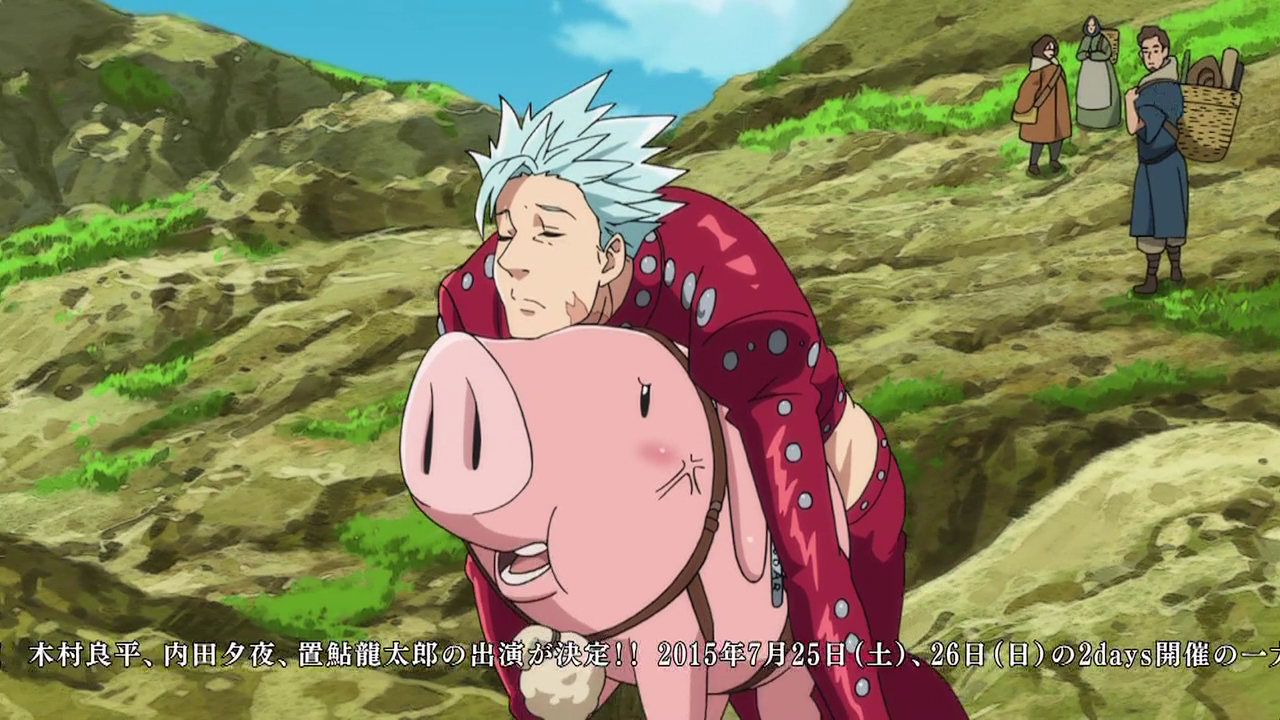